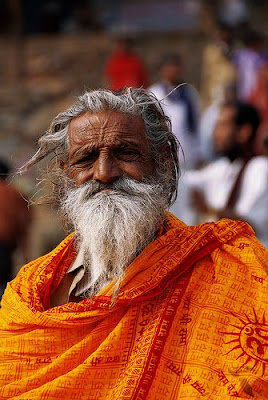 I hesitate to lead a discussion on Wisdom. I left school at 15 with two GCE O levels. I have had scores of different jobs and have been married 4 times. I am now well past retirement age – is it possible that simply surviving for 69 years can make one wise? I don’t think so, but wisdom does not necessarily equate with education or academic success, it is more a matter of learning to see the world around you in a different way.

This gives rise to another question. What do we mean by unconditioned? The process of conditioning starts almost from the moment we emerge from the womb. The vast majority is useful and intended to help us to grow up in a way that allows us to live in harmony with our society. Our behaviour is conditioned by our parents. From them we learn good manners. As best they can, they teach us what is ‘right’ and what is ‘wrong’. However, they may also condition our belief in God or our social order. Our school teachers continue this process, often reinforcing our parent’s ideas of the divine and class loyalties. More importantly, this whole mass of conditioning is inclined to cause us to believe that the way we see the world is the ‘right’ way, indeed we are often asked to believe it is the only way.

By the time we are in our teens and struggling to think for ourselves, we frequently find we are caught in the conflict between our received wisdom and emerging doubts about the true order of things. So, how can we untangle ourselves from this web of conditioning, rise above it and experience insight into the way things really are?

My parents were atheists but they sent me to Sunday school. This was not because they thought Jesus wanted me for a sunbeam, but because it got me out of the house on a Sunday morning so they could have a lay in. One Sunday I was shown the power of sin. A large reel of cotton was produced and it was wrapped around me just once. I was told that this single strand was a sin. I was asked to break free – which I obviously could. Then the children took turns in running the cotton round and round me until I was in a web of sin that held me as tight as a straight jacket. Although I was only 8 or 9 years old I was already having my doubts about the whole God thing, but the image stayed with me and perhaps it is a good metaphor for how conditioning works. Each subsequent thread of conditioning binds us closer and closer to our own view of reality until we become convinced that we are the centre of our own universe, solid, permanent and unchanging.

So, how can we rise above this conditioned view of existence and perhaps see it as it really is? The Buddha to be, Siddhartha Gautama was so determined to see beyond the mundane, obscured view of reality, that he left home and for many years devoted himself entirely to that pursuit. Eventually, having made very little real progress, he sat down to meditate. As he was absorbed deeper and deeper in his meditation, many things were revealed to him until, after many hours, the veil feel away and he saw everything with stunning clarity. He had obtained a view of reality that was now so clear that it was as if his previous life had been lived within a dream and now, for the first time, he was wholly awake. His followers recognising this transition, called him Buddha – ‘he who is awakened’.

As a Buddhist, my hope is not necessarily that I am going to achieve the same total experience as the Buddha, although he himself said that this was possible, but I do hope that I will at least acquire some measure of insight, perhaps just a fleeting glance of the true nature of things.

It is said that the teaching that separated the enlightened teaching of the Buddha from all other contemporary holy men and spiritual leaders was his explanation of dependent origination. It takes a little while to absorb but even someone like me with just two O level GCEs can get there eventually. The Buddha taught that phenomena only exist because of the existence of other phenomena in a complex web of cause and effect. This is what he said:

When this is, that is.

When this isn’t, that isn’t

In other words, nothing can exist entirely independent of everything else. Everything that arises, does so in dependence on certain conditions. When those conditions cease, the arising ceases also/ Let us take a simple example. A flower rises in dependence upon certain conditions. Firstly there must be a seed. That seed needs certain conditions to germinate. It must have light, soil, nutrients and moisture. It requires certain climatic conditions to signal when it should start growing and it is dependent upon genetic programming to ensure that it grows into a flower and not a stick of rhubarb. When all these conditions exist, so does the flower. If any of these elements cease to exist, so will the flower. Buddhists remind themselves of ‘conditioned co-production by placing flowers on every shrine. We understand that everything must be transient and therefore impermanent. When we can grasp this and connect with it with our hearts as well as our heads, insight will arise. It is said that the Buddha once gave a teaching to a group of followers. The Buddha took his place but instead of speaking, he remained silent for some time. Then he held up a single flower and someone in the audience immediately gained insight and attained enlightenment.

To enable us to understand this concept we can reflect on the beautiful metaphor of Indra’s web:

Far away in the heavenly abode of the great god Indra, there is a wonderful net which has been hung buy some cunning artificer in such a manner that it stretches out infinitely in all directions. In accordance with the extravagant tastes of deities, the artificer has hung a single glittering jewel in each ‘eye’ of the net, and since the net itself is infinite in dimension, the jewels are infinite in number. There hang the jewels, glittering like stars in the first magnitude, a wonderful sight to behold. If we now arbitrarily select one of these jewels for inspection and look closely at it, we will discover that it its polished surface there are reflected all the other jewels in the net, infinite in number. Not only that, but each of the jewels reflected in this one jewel is also reflecting all the other jewels, so there is an infinite reflecting process occurring.

With growing concern for global warming and climate change, we are beginning to grasp exactly how complex and interconnected this web is. We learn that unless we do something to redress the damage we are all doing to the environment, the planet we always thought of as the ultimate in permanence, is nothing of the sort. Unchecked, it is possible that the human race will destroy it. Conditioned co-production teaches that every one of us has a role to play in ensuring this does not happen. We are interconnected with every other human being on Earth and our contribution, no matter how small or insignificant it may seem, is vital to our survival.

Wisdom arises when we glimpse the true nature of things as they really are.