Some Thoughts on Mindfulness 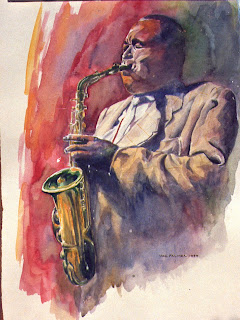 If you were a Buddhist monk or nun you would spend a great deal of time developing mindfulness or awareness, constantly keeping your mind alert to phenomena that affect your body and mind, striving to be deliberate, making sure not to act or speak due to inattention or forgetfulness. It is described by a Theravadan monk as follows:

“The mind is trained to remain in the present, open, quiet, and alert, contemplating the present event. All judgments and interpretations have to be suspended, or if they occur, just registered and dropped.”

However, we are not monks or nuns so what benefit would we experience in our everyday lives by developing more awareness and how can we encourage it? Firstly, let us make it clear that, in the same way that you don’t have to be a Buddhist to meditate, neither do you have to be a Buddhist to practice and benefit from increased mindfulness/awareness.

So what exactly is ‘mindfulness’? Well, perhaps the best way to understand what it is and how we benefit from becoming more mindful or aware, is to consider what it is like when we act without being mindful or aware. We have all experienced what happens when we are not in the present moment, when we are distracted by thoughts of what has passed or what is to come.

When we travel on the Underground, we are told to “mind the gap” as we step on or off the platform. The consequences of not being mindful are obvious, but what about when we speak to someone without being mindful or aware of what we are saying or the tone we are using as we speak? Politicians have to be hyper-aware of every word they utter and the manner in which they utter it – one moment of inattention and their political career can be ruined. But what about lesser mortals? There’s an old saying, “engage brain before operating mouth” and I am sure we could all recall times when we have said something without awareness and have regretted the consequences.

When we are mindful, we are said to be ‘in the present moment’. To live in the present moment is to be ‘alive’ in the truest sense of the word. To be aware of everything that is going on around you. To recognise your own emotional state, to pick up on the nuances indicating other people’s states of mind; to act in a conscious way and recognise what is taking place around you. But you do this without constantly analysing and interpreting. This instinctive state is sometimes referred to as ‘unproliferated sensing’. This almost seems contradictory. I am suggesting that you find the middle way between being unthinkingly robotic on one hand and constantly using your brain to analyse everything you see and sense on the other extreme.

Here’s an alternative to Mindfulness of Breathing meditation. Take a walk in the country or through a park. Be alone. As you walk, don’t think, “there’s a Labrador having a poo, I wonder if they owner will pick it up”, or “That bird is probably a dunnock” or “I think it is going to rain soon”. Instead, just be aware of everything your senses are telling you but without proliferation. Don’t analyse. Feel the wind on your face, experience the soil under your feet. Observe the flight of a bird. Hear the rustle of the autumn leaves. Become engaged with the rhythm of your footfall in the same way you become engrossed in the in and out of your breath.

Dr Jon Kabat-Zinn (the founder of MBSR and MBCT) describes mindfulness as ‘a particular way of paying attention; on purpose, in the present moment and non-judgementally’

‘Non-judgementally’ seems to me to mean pretty much the same as ‘un-proliferated’. We are observing things as they actually are without automatically making judgements or analysing what it is we perceive.

In her new book Living Well With Pain and Illness, Vidyalmala expresses the opinion, “We all spend much of our time dwelling on the past and imagining the future, but what we can affect directly is what’s happening right now. If you are awake to each unfolding moment rather than lost in regrets and fantasies, you can be fully alive to everything in yourself, other people and the world around you”.

How can you recognise when you are being mindful and fully aware – what does if feel like? Well, you already know the answer. If you recall a time when you were totally absorbed in an activity, painting, listening to music, reading a novel, watching a sunset. There was nothing in your mind other than the enjoyment of the experience. You were in a timeless present moment, your mind, your body, your senses were all in harmony. I once walked around a small lake with Ananda, one of longest serving Order Members. It started to rain so we sheltered under a tree. As we stood there, we became aware of an angler on the other side. He was sitting totally still, watching his float. He was completely absorbed in what he was doing, absolutely focussed. Ananda said, “If you were to ask him what he is doing, he would tell you that he is fishing, but what he is actually doing is practicing mindfulness”.

So, when I wonder what it feels like to experience awareness in its purest form, I remind myself of a time when I was commissioned to paint a picture of the great sax player, Charlie Parker. As I painted I played Charlie Parker on the stereo. Until then I had been struggling to paint his dark skin tones but as I became deeply absorbed in the music and the painting, I stopped thinking about my lack of experience, ceased worrying about my own limited capabilities. I just painted. I stopped when it was dark and time to go to bed. The next morning I came downstairs and saw the painting on the easel. It was complete and perfect – it almost felt as though someone else had painted it. Today it hangs on the owner’s wall and is his most precious possession.
Posted by Bahiya at 06:20