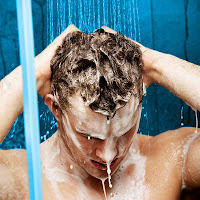 Practicing Buddhists undertake to abide by a number of precepts.  Lay Buddhists have five, ordained members of the Triratna Buddhist Order have ten and Buddhist monks have many more.  However, the first universal precept is, ‘I undertake to abstain from taking life’.  Now, as there is no Buddhist pope sending out edicts on what is right and what is wrong, it is up to each individual Buddhist to interpret this precept and decide to what degree it should be applied.  The religious group known as Jains, take this to extraordinary extremes.  They sweep the ground in front of them as they walk to avoid accidentally stepping on any insects.  They also wear veils over their faces so they will not accidentally breath in any insects.

The Buddha consistently taught us to seek ‘the middle way’ between extremes.  He decreed that animals should not be slaughtered to feed him but when he stood in the villages with his alms bowl, he accepted whatever was given and this may have included meat.  His view was that to refuse a gift was to deny the giver the merit that comes from generosity.  Although the overwhelming majority of Triratna order members do not eat meat or fish, you could no more say that all Buddhists are vegetarian than you could say all vegetarians are Buddhists.  The Dalai Lama was once a vegan but following a severe bout of jaundice, he began eating meat on the advice of doctors, whilst still advocating vegetarianism.

My personal interpretation of the second precept is that as far as I am able, I avoid killing harmless bugs.  I don’t kill spiders but I would take measures to clear an infestation of ants in the kitchen.  I don’t want mice in the house but I hate to use mouse traps, so we have an electrical device that sends out a signal to make mice uncomfortable and less inclined to take up residence. I would not hesitate to use the most powerful anti-nit treatment if, in the unlikely event they were that desperate to find somewhere to live.  I am one of the fortunate few who seldom get bitten by mosquitoes but if I saw one feeding on my arm, I wouldn’t hesitate to swat it.

Because of this precept, I gave up eating meat.  You could argue that no animal is slaughtered for my particular benefit, but I don’t accept that premise.  Someone has to do the killing and by doing so there is a danger that they will become hardened to the suffering of their victims, and this would have a powerful karmic effect.  I try to avoid eating fish although as I now live in Spain, I either have to eat fish or go without.  I also have to confess that from time to time I eat traditional fish and chips, albeit rather guiltily.

The world is changing and it is predicted that as the population of this planet swells it is going to become increasingly difficult to continue to feed everyone with animal protein.  Some say that in the future we will derive our protein from insects specially bred for the purpose, whilst others say that we would be perfectly able to feed the entire population of Mother Earth if we ate the vegetable protein we currently feed to sheep, cattle and pigs.

We experienced CJD in beef, an influenza epidemic created by poultry, salmonella poisoning in eggs and massive outbreaks of swine fever and foot and mouth disease, all due to intensive farming methods.  It seems to me that nature is telling us something and we really should take notice.  I am not suggesting that the entire population will become vegetarian sometime soon, but as we become more aware of the suffering inflicted on animals in order to provide us with affordable animal protein we will demand improvements to their welfare and perhaps eat a little less meat.  As we learn more about depleting fish stocks, we may also be encouraged to eat less fish.

A few years ago lived surrounded by fields full of cattle.  From my bedroom window I would see them grazing peacefully with their suckling calves.  Human beings are the only creatures to demand that we should drink milk throughout their entire adult lives, so in order that we should have the milk rather than the calves, the male calves are taken away to be slaughtered and the young cows are taken off to eventually become milking cattle.  The moment the cows are separated from their calves they become distressed and start calling for them.  Their calls become increasingly desperate, even through the night and frequently one or two will force their way out of the field and run up and down the lane, bellowing for their young.  This goes on for at least a week until they calm down.  Eventually they will be put to the bull, and the whole process starts again. I found this upsetting and consequently moved slightly towards veganism by cutting cow’s milk from my diet.  To my shame, I still eat cheese as it seems currently beyond food scientists to invent an acceptable alternative.  We eat eggs but never from the supermarket.  Fortunately we have friends who keep chickens and allow them to joyfully run about freely.

That’s purely my personal viewpoint, but I would bring out the heavy artillery to tackle nits but think twice before stamping on a spider, look for alternatives to trapping mice and consider eating a little less meat.  But please don’t cook bacon when I am around, even after over 25 years as a vegetarian, the smell of bacon frying still makes my mouth water.
Posted by Bahiya at 09:09