IS THE END OF THE WORLD REALLY NIGH? 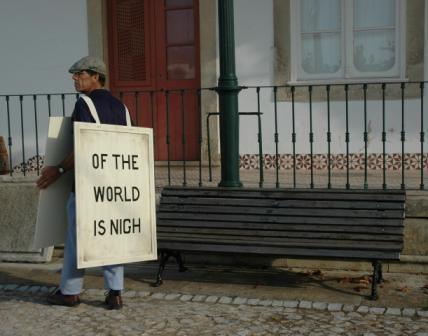 IS THE END OF THE WORLD NIGH?

Over 2,600 years ago in an area we now call Tibet, a wandering monk was attracting so much attention that people were traveling hundreds of miles to hear what he had to say.

His message was simple.  Firstly he taught that everything without exception, was impermanent.  Absolutely everything must change.

Secondly he taught that everything that exists, does so in dependence upon certain conditions.  For example, your cup of morning tea is dependent upon the leaves of a bush in a far-away country.  The leaf needs to be processed, shipped to the UK, plunged into boiling water and poured into a cup.  If any of those conditions cease to exist for any reason, your morning cuppa will vanish.

Finally he taught that when the conditions that caused something to arise, cease to be, so will that which arose.  This teaching has become known as “dependent origination”.

Our planet came into existence in dependence upon very finely balanced conditions.  These perfect conditions gave rise to the development of dinosaurs.  However, when the exact conditions that supported dinosaurs ceased to exist, they could no longer survive and became extinct.

It is a simple truth that was recognised by this monk and his followers thousands of years ago.  They were so struck by his simple but stunning truth, they called him Buddha, “one who is awakened”

Sadly many world leaders fail to understand the stark fact that our species faces extinction unless something is done right now to preserve the conditions upon which our survival depends.

The crazy man that carried the banner saying “The End of the Word is Nigh” may not seem quite so crazy now.
Posted by Bahiya at 01:23