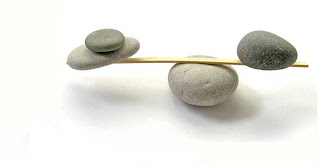 This talk was given to a beginner's group at the Bristol Buddhist Centre in May 2011.

One of the most basic of the Buddha’s teachings was delivered as part of his very first discourse after he had experienced what we have come to refer to as his ‘enlightenment’.

In his life up to that point, he had experienced two extremes. On one hand he had been brought up as the son of a Sudhadana, one of the wealthy ruling classes of the Shakya clan. He had led a privileged life of luxury and indulgence. He wore the finest clothes, ate the best food, and was trained in archery and other martial arts. His life was lived within the walls of the family’s three palaces sheltered from the harsh realities of life outside.

Later, he left his home to become a shramana, a wandering mendicant, owning nothing other than his course robes and alms bowl. Walking barefoot he visited all of the leading spiritual teachers of his time. Eventually he joined a group of forest dwelling ascetics. They lived in accordance with an extremely rigid code believing that by renouncing all bodily comfort they could achieve insight. Consequently they were virtually naked all year round apart from a simple loin cloth; they slept on the ground with no bedding or protection from the elements. They ate only sufficient food to prevent them from starving to death. Depictions of the Buddha during this time show him to be almost skeleton-like, with sunken stomach and all his ribs showing.

However, after several years of this practice he came to realise that neither of these two extremes brought him close to the insight he sought. Eventually he left the ascetics and sitting quietly beneath a shady tree, entered into a deep meditation. He sat there throughout the night achieving deeper and states of absorption until, in the early hours of the morning, he finally achieved the wisdom he had sought for so long. After this extraordinary experience, he saw everything in a totally new way. For a few weeks he sat and reflected on what he had experienced and thought about how he could help others to achieve the same insight. He set off to walk to Sarnat looking for the group of five ascetics he had spent the past few years with. Finding them he gave his first talk as a Buddha (one who has awakened). This first discourse later became known as the Four Noble. The truth of the existence of suffering, the cause of suffering, the ceasing of suffering and the path that leads away from suffering. This last truth became known as the Noble Eightfold Path. One of the limbs of this path concerns making the balanced effort as one moves along the path, known as The Middle Way.

Many years later when the story of the Buddha’s enlightenment was written down, the scriptures were to illustrate this teaching with the following story:

In terms of our own spiritual life, the extremes are over zealousness on one hand and sluggardly indifference on the other. There is a balance to be struck between these two extremes. If we make no effort whatsoever, the likelihood is we will achieve little or nothing at all. On the other hand, there is a danger of becoming too dedicated to a position, too entrenched in our own version of ‘the truth’. We can see this extreme in most if the world’s great religions where their truth is the only truth. How much suffering and conflict has been caused over the centuries by religions attempting to impose their version of truth upon others who hold a different view? We don’t have to look very far to see examples of the suffering being caused today by these extreme types of fixed view (Catholic v Protestant, Muslim v Jew)

So we must be prepared to recognise any lack of balance in our own spiritual journey. For many years I found it difficult to accept the concept of re-birth. I also struggled to engage with certain Buddhist devotional practices. However, my teacher told me not to worry; to neither reject anything outright or blindly accept, just ‘set aside’ these difficulties, coming back to them at another time when my understanding may be greater. I was able to accept the middle way between rejection of that with which I had no emotional or intellectual connection, or simply ‘going along with it’ because of my desire to fit in with the group.

Many years later, I returned to find these problems had become mere ripples in the sand.
Posted by Bahiya at 02:51