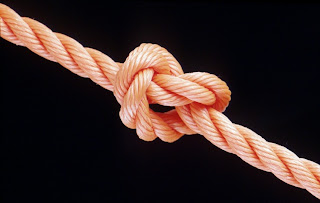 When I log onto Facebook it tells me that I have ‘102 friends’. What that actually means is that I know 102 people well enough to be interested in seeing what they are doing and saying. If I had to reduce the list to those who were friends in a truer, more meaningful sense, I would have to pause and think carefully. What do I understand by the term ‘friend’ and what is’ friendship’? Is a real friend someone who you see regularly and spend time with? Or is it someone you think of regularly and try to stay in touch with; someone who you have a lot in common with and share ideals?

Once you attempt to categorise friendship it starts to become quite illusive. For example, some of my dearest friends are also my oldest friends, mostly dating back to my school days and even earlier. Some of them have ideas and principles so removed from my own, that it is almost certain that had I met them in more recent times, it is unlikely I would have formed a close friendship with them. Yet I think of them often, love it when I hear from them and on the occasions when we actually get to meet, enjoy their company with a warmth and affection that has remained undiminished over many decades.

I have been part of the same industry for many years and have come to know hundreds of people who work in the same field. If you asked me if I knew the Sales Director of a certain company I would almost certainly reply, “Oh yes, he’s a friend of mine; we’ve known each other for years”. We may attend the same functions, greet each other warmly and be genuinely pleased to see each other. We would exchange Christmas cards but we would never meet up, just for the pleasure of hanging out together, so was I correct in referring to them as a friend?
However, there would be the occasional work colleague, often one with much more experience, who would become a mentor. One such, John who was a proud Scot, taught me much of what I know today and although he retired to a small croft high above Aberdeen and is now in his early 80’s, we regularly keep in touch through phone calls and email.

When you share a flat with others, they see you at your best and at your worst and it is not uncommon to develop close and enduring friendships with former flat-mates.

So it seems that friendships can be formed in many ways and on several levels. In my personal experience, some of the most powerful and enduring friendships are those formed in the early years. These seem to thrive independently of ideological differences; without common religious or political affiliations. They are life long – I was introduced to one childhood friend before we were both old enough to walk. We are now both in our 70’s and our lives have travelled in distinctly different directions, yet we seem to be a close as we ever were.

As I grew older and my career progressed, I tended to meet more people but form fewer and fewer friendships. I have never really understood why that was. I met women and they became lovers and wives and whilst my relationship with them was as close and intimate as it is possible to be, it was distinctly different from the relationship I had with my ‘friends’. These were almost, but not entirely male. I had other, non sexual friendships with one or two women. I have heard it said that there’s no such thing as truly platonic friendship but that is not my experience.

So, there are long term friendships developed during my childhood or school-days; brief but intense friendship created by the need for mutual support in difficult or dangerous times. There were more remote friendships with work colleagues and business associates with the occasional closer relationships with senior mentors.
However, new friendships of a less casual kind were becoming increasingly rare.

Then, when I was distinctly middle aged, I discovered Buddhism and became a ‘Friend of the Western Buddhist Order’. I enjoyed meeting a large number of like-minded people and sharing my experience with them. We used the term ‘sangha’ a Sanskrit word for a group of people who follow the teaching of the Buddha. We met regularly and although the FWBO – now known as the Triratna Buddhist Community, set great store in friendship with an emphasis on mentoring and ‘kalyana mitrata’ or spiritual friendship, I was not particularly attracted to this. I was further distanced by the fact that 25 years ago the practice of forming kalyana mitra relationships was mostly popular amongst gay men. I was not in the least homophobic but felt uncomfortable with the idea that if I was to form a kalyana mitra relationship I may be regarded as gay (naively I thought this would affect my relationships with women). In any case, I had not yet met anyone who had impressed me sufficiently to a want them as a mentor.

I had been living abroad for some years and consequently was out of touch with fellow ‘Friends’ and ‘mitras’. On return to the South West after 11 years away I was invited to join a mitra study group. It was a gathering of more mature mitras, mostly far more experienced than myself. I was flattered to be invited and readily accepted. There were six of us in the group and with the exception of the oldest member, we all had families to support and were pursuing active careers. Apart from these common factors, we were entirely disparate; a chest consultant, a manager with a fostering agency, a local government facilitator, a successful osteopath, a sales manager (me) and a senior citizen who was not quite sure if he was a Buddhist or a catholic.

In had never heard of mitra study groups having names but somewhow, as we met on our regular Thursday nights, we came to refer to ourselves as The Dharma Bums after characters in a book of the same name by the ‘father of the beat generation’ Jack Kerouac. Maybe it was a reference to the fact that many of us had experienced moments where we were outside the mainstream of our movement and were regarded as slightly rebellious or at least non-conformist. Whatever the reason, a tradition developed that the Dharma Bums would always gather together for supper, mostly Indian, before our Thursday evening mitra group.

Time passed and there were some minor changes amongst the group and the remaining five became even closer – we had somehow transformed and become genuine ‘spiritual friends’. Several years and many curries later and it was obvious that some of us were likely to be invited for ordination sometime soon. However, the bond of friendship amongst the Dharma Bums had become so strong that we agreed that we would wait until we were all ready and could be ordained together. It was quite remarkable that in spite of working towards this point over many years, those who were ready were prepared to wait even longer not knowing how long their ordination would be deferred for.

As it happened, a short while later and much to the surprise of the entire group, the call came for all five of us to be ordained together. During our time in the mountain retreat centre high in the Spanish Sierras above Alicante, we agreed that now we ceased to be a mitra study group, the Dharma Bums would transform into a Chapter so our Thursday meetings could continue. A Chapter is an informal group of Order Members who meet on a regular basis to study the Dharma and enjoy each other’s company.

The Dharma Bums have now been meeting for over a decade and have recently grown to seven. We have eaten endless curries, meditated, run courses, taken retreats together, discussed hundreds of topics and even studied a little. It has not always been sweetness and light – it is only natural that from time to time we have a disagreement but there has always been a resolution and our continuing friendship has never been in doubt.

Our group ordination was not entirely unprecedented but it was rare enough and The Dharma Bums are occasionally referred to in the movement to as an example of what spiritual friendship can achieve. For my part, the friendships I have forged with my fellow ‘Bums’ are every bit as powerful as my continuing long standing childhood friendships but with the added spiritual dimension of a joint commitment to the Buddha Dharma. I doubt that I would ever have achieved ordination had I not been influenced and supported by the fellowship of the Dharma Bums. Of course, we acknowledge that all things are impermanent and it is inevitable that our group must change – as in deed it already has, but day by day, week by week, curry by curry we enjoy our brotherhood as it is right now, in the present moment , rejoicing in the bonds that have held us together over so many years.
Posted by Bahiya at 02:24