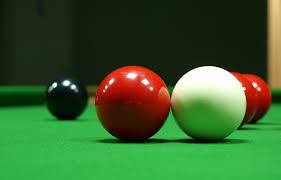 As I am now well into my 70's I am conscious that I have entered the endgame of this lifetime.  So, do I fear death?  Not really, but I would certainly like to hang on for a little longer to see my grandchildren mature.  What I do fear is disease and the suffering it may bring to me and to my loved ones.  When I talk to friends who fear death, I point out that they have experienced ‘not being’ before they were born, so this is a familiar state and nothing to be afraid of. But the question they always ask is "What comes next?"

The majority of those with little knowledge of Buddhism would assume that I would believe in reincarnation – this is a common misconception.  The two most fundamental teachings of the Buddha were impermanence and conditionality.  He taught us to explore and understand that everything is impermanent – everything passes, even the universe.

Then there is his most original and enlightening teaching; 'everything arises in dependence upon conditions'.  The more we consider this concept, the more we realise its truth.  Even the planet Earth arose in dependence upon certain critical and finally balanced conditions, allowing life forms to be created.  When those conditions cease to exist, as they inevitably will one day, all life on this planet will also cease to be.  So it is with all things - even the most simple.  A potted plant on my window sill has blossomed because it has light and warmth and soil in which to root and be nourished by. I give it water to help it flourish.  These conditions being present, it grows bigger and flowers brightly.  But if any of these conditions cease to be; the plant is moved away from any light and it is no longer watered, it will quickly fade, die and cease to exist.

If there are no exceptions to these two core principals, then it follows that reincarnation must be a myth.  If everything is impermanent then there can be no permanent, indestructible entity or ‘soul’ to be transferred from one life to another in a constant, unbroken stream.  However, we are asked to consider the possibility that the karma we acquire in this life-time can somehow affect a new-born human after one’s death.  How can this be?

If you Google rebirth, you will find many learned people explaining how this works, but frankly, it is unlikely that any of these pundits knows for sure. Having never seen any exceptions, I understand and accept that everything rises in dependence upon conditions and karma creates conditions in which it is possible for phenomena to arise, but how to explain this graphically?

Fortunately, there are a couple of excellent metaphors.  Firstly, the metaphor of two candles; one is burning and near the end of its life, the other is new and unused.  The flame from the old candle is used to light the new candle.  They continue to remain entirely separate, yet the flame of the second candle came into being upon the presence of the first candle. Without the dying candle, there would be no light from the new one.

Of course, these two simple metaphors can never explain the immense complexity of karma, but they serve to give rise to the possibility that it does exist, and a life that has gone before has somehow created conditions that will affect the life of a newly born person.

When you begin to meditate on this, you realise the enormous responsibility resting upon us all. As well as skillful, positive karma, we can also create unskilful negative karma which can burden the life of  someone yet unborn.  By living an ethical, empathetic life we hope to create good conditions upon which positive phenomena may arise, long after we have returned to a state of ‘not being’.
Posted by Bahiya at 06:20