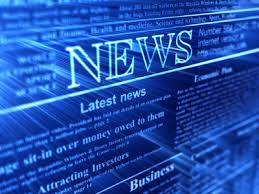 If you asked me what I like most about Sundays, I would say it was relaxing with a cup of good coffee and the Sunday paper.  As I sat reading the paper this Sunday, I became aware that not only was it not a relaxing experience, I was actually getting wound up by what I read.  It seemed that every piece I read was written in such a way as to deliberately generate a negative response.  Social benefits scroungers, immigrant families being housed in central city locations; god bothered Americans resisting legislation to control guns, Rolf Harris questioned about sex offences.  As I read I became more and more mentally agitated.

Then it occured to me, “I am news junkey!” When I get up most mornings at 6.45, the first thing I do is switch on the radio in the kitchen and listen to Today on Radio 4 whilst I make my breakfast.  I eat this in front of the TV, channel-hopping between Breakfast, Daybreak and Sky News to avoid weather forecasts and adverts.  When I eventually go to the bathroom to wash and shave, I continue to listen to Today on a small bathroom radio.  Then it is time to switch on my computer and start work – too late for meditation.

I pondered for a while on whether I felt compelled to be so well informed about everything that was happening.  Would I be any worse off it I was less aware of all the tensions in the world?  As a Buddhist I wish to develop empathy, but is there a danger of overload?

I have decided to experiment by substantially reducing my news intake.  I will not listen to Today or watch TV news programmes for the next week and see what happens.  I began this morning and have to admit that I found it a little difficult but one benefit was plenty of time for a longish meditation with not so many things going round and round in my mind as I sat.  Maybe the vacuum will be filled by a greater awareness of what is going on infront of me – that remains to be seen.
Posted by Bahiya at 03:43