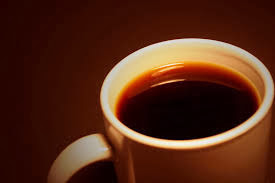 When I first developed an interest in Buddhism there were many things that were totally new to me, some of which I grasped fairly easily but others aspects that I struggled to understand.  I was told, “Don’t worry, set them aside and come back to them later – you may find these things clearer when you are more experienced”.  It was good advice and when I returned to a particular element, I was often surprised that I had made such hard work of it.  However, there is one sticking point that many quite experienced Buddhists have difficulty with – and that’s the Buddha’s teaching on emptiness.  I have re-addressed this several times over the years; read many descriptions and explanations and listened to talks by well-respected teachers, but somehow I couldn’t quite grasp it.

I recently took a holiday in Menorca, a place I visit often as I have a very small home there.  We have no electricity so there’s no internet and no TV.  Before we travel I spend some time searching for good books to take with me.  Nothing too heavy or challenging,  Mysteries and detective novels are absorbing and relaxing and I find I can get through 2 or 3 each week. Just before we left I bought some used paperbacks, one of which was a slight departure; The Wisdom of Forgiveness.  It is written by Victor Chan, a close friend of the Dalai Lama and based on a series of intimate conversations they shared whilst travelling from country to country following the Dalai Lama's busy schedule.

In the course of one of these conversations, His Holiness tells Victor Chan that for decades he has meditated every day on interconnectedness and emptiness.  Victor Chan confesses that he has difficulty with this concept but later is present when the Dalai Lama is visited by a Korean scholar, Kim Yong-Oak.  The Dalai Lama begins by stating that emptiness is not the same as nothingness.  He said that there are two types of reality.  Firstly, there is ‘standard’ reality.  He gestures towards a mug of water.  When we look at it we see water.  When we touch it we feel water.  We know it is water. But then he described how we can look at it with ‘ultimate’ reality in which the mug is a combination of particles, atoms, electrons and quarks – none of this particles can be described as ‘a mug’.  The term mug is just an every-day label for this collection of particles.   The mug has come into existence because of a complex web of causes and conditions.  Therefore it does not and could not exist independently.  It cannot come into being by itself, of its own volition. It is empty of intrinsic, inherent existence.  In other words, empty is another word for interdependent.

We all tend to see ourselves as distinct entities; we are different from our friends and family.  Due to our conditioning we believe we are distinct and independent,  but in fact our existence depends on an infinite, intricately linked series of events, causes and conditions.  If any of these conditions had varied, we would exist in a wholly different way.  From this perspective, ‘self’ and ‘others’ makes sense only in terms of relationships.  In fact, your interests and my interests are inextricably connected in a tangible way.  If emptiness is another term for interdependent, we could describe ourselves as ‘empty’.  The Dalai Lama concluded his discussion with Kim Yong-Oak by emphasising that anyone could obtain happiness and fulfilment by focusing on two main elements of the Buddha dharma; compassion and emptiness.

His Holiness returned to this subject in a later conversation with Victor Chan.  He explained that the existence of anything, coffee mugs, feelings of jealousy, is dependent upon a complex web of relationships.  If you think about it long enough, there is no logical way for these things to exist independently.  Therefore they can be said to be devoid of  a life of their own.  They have no inherent, independent existence.  In other words, they are empty.

He continued, “Normally we tend to see things in a solid, tangible way.  Therefore there is a tendency to grasp at things, to become attached to things.  We cling to the idea of a separate self and separate things. We strive for new experiences, new acquisitions.  Yet as soon as we possess them, the buzz is gone and we look for something new.  This endless cycle of craving causes suffering”.

Later he tells Victor Chan of an insight into emptiness and interdependence he experienced as a young man.  He said that the realisation hit him with a physical shock and he remained affected for several days afterwards.  Since that moment he has viewed life in a total different way.  He concluded that if we acquire and understanding of emptiness, craving, the source of our suffering, will be lessened.

My problem in grasping this teaching was simply caused by having a preconceived idea of the word 'emptiness'.  English translations of sanskrit and pali frequently define the meaning of words in a limited way.  The best known example is the term 'dukkha' which is often just translated as 'suffering'.  This is wholly inadequate as it ignores all the other shades of meaning, ranging from mere dissatisfaction to the full-on agony of suffering.
Posted by Bahiya at 07:48